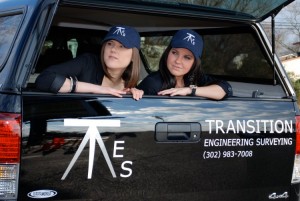 Well, when we speak of a learning organization, what we’re really talking about is a group of people who are continually enhancing their capacity to create what they truly want to create.

There are three reasons why it’s vital that learning needs to become a core capability of successful business enterprises:

The first principle of systems thinking is that when we are in the middle of a human system that is not working our knee-jerk reaction is to assume that somewhere someone must’ve screwed up. The inability to connect that change in something which we’ve caused ourselves is the essence of our “disconnect” in larger human systems.

The central principle of systems thinking is what we’ve often called the way structure influences behavior. Now the term structure, as we’re using it here, does not mean the logical structure of a carefully developed argument, or the reporting structure as shown in an organizational chart. What we are referring to is systemic structure, which is concerned with the key interrelationships that influence behavior over time; that is, inter-relationships among key variables such as engineers’ product ideas and technical and managerial know how in a high-tech company.

In many failing business systems the structures that cause wild swings in orders and inventories involve the multiple stage supply chains and the delays intervening between the different stages. Other systemic variables include the limited information available at each stage of the system, and the goals, costs, perceptions and fears that influence individuals in their orders for products. 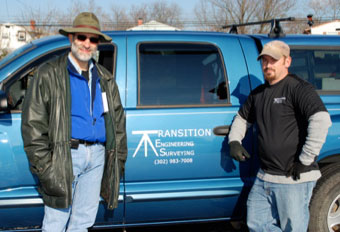 It is important to understand that when we use the term systemic structure we do not just mean the structure outside of the individual. The nature of structure in human systems is subtle because we are part of the structure. This means that we often have the power to alter the structures within which we are operating if we can see the whole system.

The first is “I am my position.” When people in organizations focus only on their position, they have little sense of responsibility for the results produced when all positions interact, moreover when the results are disappointing it can be very difficult to know why.

A second learning disability is “the confusion between being proactive and being reactive.” Reactiveness often disguises itself as proactiveness. True proactiveness comes from seeing how we contribute to our own problems, and that requires seeing the whole picture – not just one piece of it.

A third learning disability comes from “not seeing the consequences of our own actions until it’s much too late.” The core learning dilemma confronting business organizations is that when people often become so consumed in blaming others for their problems, that they lose the opportunity to learn from each other’s experience. We learn directly from experience, but we never directly experience the consequences of many of our most important decisions.

There are multiple levels of explanation for any complex situation. One could look at an explanation of events. Who did what to whom? But this would inevitably lead to a reactive stance.

Systems thinking is a discipline for seeing wholes. It is a framework for seeing patterns of change rather than static snapshots. It is a set of general principles distilled over the course of the 20th century spanning fields as diverse as the physical and social sciences, engineering, and management. It’s also a set of specific tools and techniques originating in two threats, in feedback concepts of cybernetics, and in servo mechanism engineering theory dating back to the 19th century.

The five learning disciplines are:

The discipline of personal mastery is the discipline of continually clarifying and deepening our personal vision, of focusing our energies, of developing patience, and of seeing reality objectively.

The discipline of building shared vision is the capacity to translate those individual visions into collective visions that galvanize a group of people based on what they would really like to create together.

The discipline of mental models involves learning to unearth our own internal pictures of the world, and to bring them to the surface in order to see how they shape our actions.

The team learning discipline starts with dialogue, the capacity of team members to suspend assumptions and enter into a genuine thinking together. These dialogues are not simply discussions where ideas are defended, but conversations where new ideas are arrived at.

And again weaving together those four disciplines is the discipline of systems thinking which fuses them into a coherent body of theory and practice. It keeps the four from becoming separate gimmicks or organizational change fads. All five disciplines are concerned with a shift of mind, from seeing parts to seeing wholes, from seeing people as helpless reactors to see them as active participants in shaping their realities, from reacting to the present to creating the future. As the fifth discipline, systems thinking is the cornerstone for how learning organizations think about their world. Without systems thinking, there is neither the incentive nor the means to integrate the learning disciplines once they come into practice. Today systems thinking is needed more than ever because we are becoming overwhelmed by complexity. The complexities that we all run into can easily undermine confidence and responsibility, as in the frequent refrain “it’s all too complex for me, or there’s nothing I can do, it’s the system.” Systems thinking is the antidote to that sense of helplessness that many of us feel as we enter the age of interdependence.

Systems thinking is a discipline for seeing those structures that underlie complex situations and for discerning high from low-level leverage change. To do this systems thinking offers a new language that begins by changing the way we think. 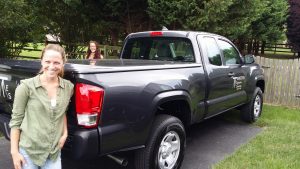 And so, the essence of the discipline of systems thinking lies in a shift of mind, it lies in seeing dynamic interrelationships rather than linear cause effect chains and in seeing patterns of change rather than snapshots.